Suddenly, have you ever doubted that there are two kanji numbers?

The 10,000-yen bill is written in Kanji with many strokes instead of 「一万円」 instead of「壱万円」

Isn't it good for 「一万円」 separately?

Why there are two Kanji numbers 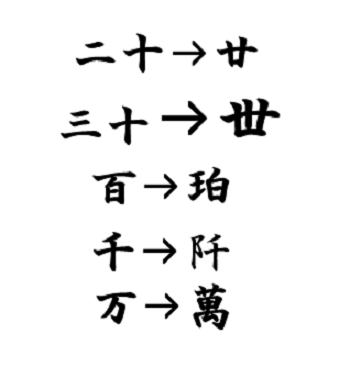 Kanji numbers are basically easy to write and easy for anyone to understand and remember, so at first glance they seem to have many benefits, but there are pitfalls that adding a line can be falsified.

You can even rewrite it.

If this is used for money, it can be a big problem in some cases (sweat)

Even if you look at a single kanji and follow the origin of that character, it may be interesting to find out, for example, whether it has become a kanji from an unexpected place.

I used to be bad at writing and reading kanji in the past, but when I looked back, I felt like I was back as a student.